By Cat C-B (and/or Peter B) May 24, 2016
I‘ve been having a really wonderful spring. Four different essays of mine have been included in new anthologies, one of Peter’s writing projects has finally come to fruition, and I’m thrilled about them all. 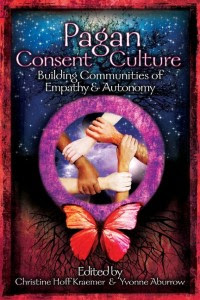 First, I was asked to contribute an essay on preventing and addressing sexual abuse in the Pagan community to the anthology on Pagan Consent Culture edited by Christine Hoff Kraemer and Yvonne Aburrow.  Since my copy arrived, I have spent an awful lot of time simply admiring it–there is something wonderful about having something you’ve written in an actual, physical book.
As for reading it–well, Peter has been hogging my copy for weeks now.  The spirituality of sexuality is something of a ministry of his–in fact, this spring marks the conclusion of a five-year project he’s been part of, working on a statement of Quaker sexual ethics.  His book–or rather, his committee’s–will also be on sale this summer, through New England Yearly Meeting, the body that asked for the report.  (He has promised me an essay about the process they used, and a less-than-impartial review of Pagan Consent Culture, so you can expect those later this spring, as well.) 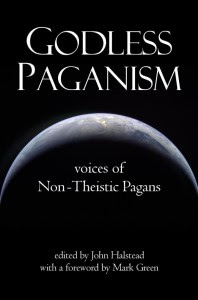 Also exciting was having two essays solicited for Godless Paganism, edited by John Halstead.  Halstead chose a distinct pattern for all the sections of his book, with chapters that open with strong, intellectual essays that define the topic, and close with more holistic, almost poetic views of the subject at hand.  I was flattered to have both of my pieces used as chapter closers; as a mystic, I’m glad that’s how my pieces came across to him.

I’m quietly making my way through Godless Paganism, nodding in agreement or mentally debating its authors in turn.  Ultimately, I expect to write up my impressions in my own less-than-impartial review, if only as a way to digest the variety of perspectives contained within the book.

It is the last of the anthologies that has me the most excited, however. 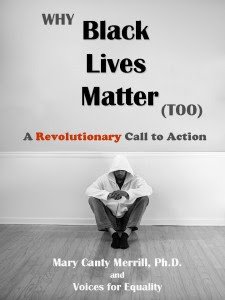 Why Black Lives Matter (Too): A Revolutionary Call to Action is an anthology edited by author and anti-racism organizer Mary Canty Merrill.  Over fifty activists from across the country were gathered to write pieces discussing the importance of the Black Lives Matter movement.  Though I was not part of the original collection of writers, when one writer backed out, a friend I know through our anti-racism work contacted me to see if I would be willing to take her place.
Of course I’m honored to have been included in the book, but what makes me even more deeply grateful is that this is not simply a writing project; all proceeds from the sale are being donated to The Sentencing Project, a group that actually works to confront and eliminate one of the most egregious forms of systemic racism, the racial bias within our prison system.
The official book release will be on Juneteenth–June 19th, the day which celebrates the day the last American slave was freed.
So, while it has not been the most prolific spring on record for the blog, it has still been a year when I’ve felt deeply satisfied to be a writer.

Thanks for reading us… and I hope you’ll consider picking up one of our print publications, linked above for those that are already in print.  (Stay tuned for more on the two pieces that have yet to be released.)

Red in Tooth and Claw

By Cat C-B (and/or Peter B) October 13, 2009
When Nora, Peter's grandmother, lived with us , our household was the nucleus of an active local Pagan community. Over time, dementia eroded more and more of Nora's ability to retain anything she learned about in the present, so she wound up discovering again and again that she was living in a family of Pagans. Over and over, we would have made some reference to our Paganism, and Nora, having forgotten about it for the time being, would ask us to explain again what it was we believed. We would explain, yet again, about all of life being sacred to us, and nature being the source of our inspiration. Each time we did this, we would reach the point in our discussion where she would protest, quoting the line from Tennyson about " Nature, red in tooth and claw ." Nevertheless, we would insist that that was where we looked for the holy, and eventually, she would exclaim (just as she had the time before that): "Well, then, you're all heathens!" When we
30 comments
Read more