Peter Goes to Kenya, Part VI: Paths I Might Have Taken 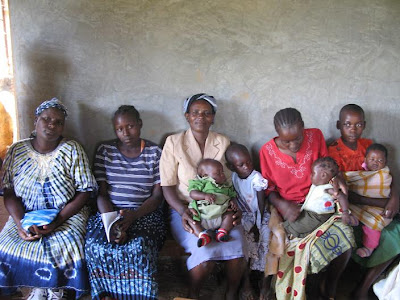 As a missionary in Africa today, Eden Grace doesn’t see herself as “bringing God to Kenya,” the way early missionaries would have, but rather as coming to Kenya to find the ways that God is already at work there. She accepts, with open eyes, all of the failings and all of the harm done by missionaries before her, and sees that still, on the ground, there is work to be done.

Eden gets both halves of the contradiction: the Bible is her source of strength and inspiration and guidance and inspiration and connection with God, and the Bible is full of fables and fallacies and failings and corrosive, destructive teachings. Eden has grasped both polar opposites and holds them both, where, when I was younger, they tore me apart. One thing I realized while I was in Kenya was that if I’d had a mentor like her when I was 22 or 23, I might still be Christian.

At the time of my religious crisis, there were only two kinds of Christians around me: There were fierce, Bible-believing evangelicals who worshiped The Book as if The Book were God, as if every word of it were a verbatim transcript of God’s personal instructions for each of us. And there were the nice, reasonable Christians—intelligent liberals who were largely oblivious to the Evangelicals and who didn’t understand why I couldn’t bring myself to recite the Apostles’ Creed or take communion any more.

It’s not relevant to me now, the way it would have been thirty years ago. Today I am not Christian simply because I am something else. I sit at the table with Christians and the fact that I was once one of them rarely comes up any more.

Christianity is deeply flawed. (A Christian might use the word “fallen.”) Christianity helped create a lot of the problems in Africa that Christian missionaries are now struggling to solve. But Christianity remains, providing health care and hope, when so much else of Africa is just gone.

Americans want to take the braid of God’s Word and God’s work and separate out the strands, holding onto the threads that seem untainted and discarding those that embarrass us by reminding us of our history. That’s not the answer. In Africa, there are no separate threads. The answer that I saw in Kenya is simply to be on the ground, doing the work. 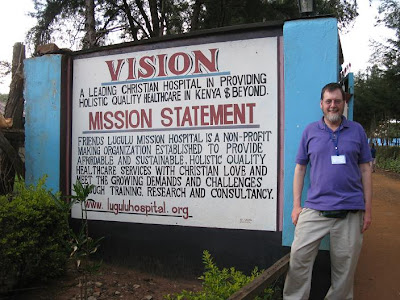 When I began writing this series, I had imagined that this last installment would answer a lot of the questions that commenters raised about my feelings around Christianity. I realize now that instead, it serves as a jumping off point.

It is time to write my spiritual journey.

Hystery said…
This series is so valuable for me, Peter. I'm very grateful that you shared your experience in Kenya this way. It has given me not only much to think about, but a beautiful resource that I may use with my children.

Your comments about Christianity make a lot of sense to me. I really identify with your discussion of the fundamentalist and the liberal Christian perspectives. I can recall my liberal Christian professors' frustration with me for what they saw as my inability to stay focused or faithful to the liberal tradition of the faith. It was hard for me to explain why I had to go in a different direction. It still is!
12:53 PM

Daniel Wilcox said…
Peter, Thanks a lot for posting these reflections on Kenya.

I totally understand your frustration with "evangelical Christians". When I was working in a mental hospital during my conscientious objector service, I visited a Baptist church (since I had grown up in that denomination). The minister that Sunday preached on how the King James Version of the Bible was the only true version! Etc.
The last time I attended such a church in a long time.

On the opposite side of the religious coin, I never attended creedal churches, didn't know about the Apostle's Creed, etc. so didn't have to worry about doctrine like you. When I went through a spiritual crisis at the University of Nebraska, there was a great college minister (a follower of Christ, who leaned toward Deism)who encouraged me to live "into" my doubts and problems with the Christian religion.
And then I found the Society of Friends, too:-)

Is Eden Grace really her name? What a mission person in the truth sense of the word, not the distorted one.

I especially appreciate your powerful statement "the Bible is her source of strength...full of fables and fallacies and failings...and holds them both..."
If you get a chance, watch the PBS special "God on Trial" where Jews in a Nazi concentration camp put God on trial, yet as they are about to be taken away to the gas chamber, they worship God! Also, Jewish Elie Wiesel's autobiography Night.

Anyway, I would agree that Christianity is deeply fallen. It is responsible in history for the death of millions of humans. But as you point out, some Christians in contrast participate in "hope" have brought deliverance for those in need.