Peter's Spiritual Journey, Part III: Who Am I?

By Peter Bishop March 19, 2013
(1st of 3 Ruminations on Class Issues)
The Spiritual Journey so far:
Prologue I: Peter In Kenya
Prologue II: A Liberal Christian With Balls
Part I: A Refugee Looks Back
Part II: Leaving Home
Part III: Who Am I?
Part IV: Learning About Race and Gender
Part V: Watching My Students Drown
Part VI: Animal Bones


I started writing my spiritual journey a couple of years ago, right after coming back from a visit to Kenya.  I was trying to go more or less chronologically, and I got bogged down trying to write about an event in my 20’s—transferring schools from Yale to Oberlin—that was full of pain and passion at the time but now, looking back on it, feels like musty old history.


I’m picking it up again because there are conversations beginning at my Quaker meeting about issues of race and class and inclusivity in our meeting.  The next three pieces of this journey come from things I wrote as part of that dialogue, starting with just trying to get my bearings on where I fit in the whole scheme of class and privilege.  It’s kind of complicated. 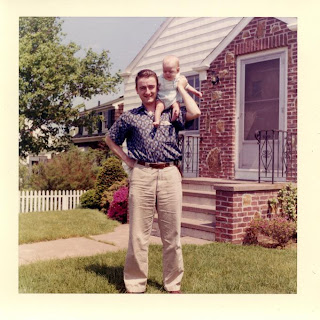 I was born into a working class Italian neighborhood in East Haven, Connecticut.  My friends were the sons of construction workers and auto mechanics, but I was the son of a Yale graduate student.  My mother and grandmother (who also lived with us) were English, and I have a very English temperament in some ways—reserved, quiet, and thoughtful—which also put something of a gulf between us and the gregarious and outgoing Italian Americans all around us.  When I was ten, my dad got his Ph.D. and we moved to Youngstown, Ohio, into a very similar situation where he taught college and my friends were almost all the sons of steelworkers.


The class system in Britain is much more overt (and perhaps more rigid) than in America, yet I have never pinned down exactly what my mother’s family’s social class was over there.  There was an uncle I never met who’d been knighted for something he did as a banker during the war, but I think for the most part my family were the sort of middle class who worked as clerks.  Not the aristocracy, by any means, but high enough in status to worry about associating with “the right sort of people” and to look down on tradesmen and servants.  My mother and grandmother came to America as war refugees…of a sort.  My grandfather had been an engineer, and the family legend was that he invented radar.  That’s not quite true—I Googled it once, and the inventor of radar was someone else—but he was doing something with the development of radar during World War II important enough that he and his family were shipped across the pond to be less in harm’s way.


My grandfather on my father’s side was also an engineer, but more of the hands-on kind.  He worked as a designer and supervisor in big construction projects like bridges and tunnels, and he was down there in the tunnels with the “sand hogs.”  He was also the one who had stories to share of life during the depression, and the kind of very demanding, grueling, and low-paid work that you had to take back then if you wanted to feed your family.  My grandparents on that side were also Jehovah’s Witnesses, which is about as plebian a religion as you can find anywhere.


My dad tells a story of two people he knew when he was younger, both of whom were very dissatisfied with their lives.  One was a teacher who once said he always felt like he was a failure for not having gone into research.  My dad was amazed to hear him say this because he revered teachers and in his eyes, this man had one of the most glamorous jobs imaginable.  The other was a house painter working at the same school who admitted to feeling inferior around all the teachers and academics, and again, my dad was kind of amazed at this.  Any honest work is admirable, and a job well done is something to be proud of, whatever the job.


The only other overt lesson I got from my parents about acceptable jobs and careers was in my freshman year at Yale.  I was looking around me at all the monomaniacal pre-meds, and I made a comment in a letter home, something along the lines of, if I hadn’t been saddled with this ridiculously high I.Q., I’d just go be a mailman and be happy as a duck.  And my mom’s response was, if I ever decided that that would make me happy, then by all means, go for it.  In their first years in America, my grandmother’s best friends were Bob and Genevieve, and Bob was a mailman.  He’d picked the job because he liked walking and he liked interacting with people.  He had one of the most cheerful temperaments of anyone I’ve met, and my sense while growing up was that that was partly tied in with his having found work that suited him.


My dad got a Ph.D. from Yale, not because he came from a line of wealthy, Ivy League-connected aristocrats, but because he had a strong drive, both coming from within and inculcated by his family, to improve himself.  That push for self-improvement has always seemed to me to be part of his working class heritage.  My own solid middle class privilege a generation later showed not in the fact that I also went to Yale, but in the fact that, when I found I hated downtown New Haven and felt out of place at Yale, I felt I had the freedom to walk away from it.  When I transferred to Oberlin in the middle of my junior year, giving up an Ivy League degree, the only one in my family to give me serious grief over it was my sand hog Jehovah’s Witness grandfather.


Yale is where I figured out that I was really in the lower half of the middle class.  My wardrobe was polyester, my high school had been public, and my dad was junior faculty at a crappy state university.  None of this bothered me—my self esteem was all built around being really smart and finding things I was good at doing, and also around being a good liberal Christian—but it kept me from identifying strongly with the Ivy League mystique, and it made it easier for me to leave.

Susan Curewitz Arthen said…
I identify with the part where you felt the freedom to walk away from the Ivy League college. My brother and I both left college for other goals and my mother in particular was wrecked; she would have given anything to have gone, but they needed her paycheck at home. Reread Pearl Buck's The Good Earth recently and one huge theme was how cavalier the farmer's sons were about disdaining farming, the very thing that allowed them to be educated and not manual laborers. Looking forward to next episode!
6:57 PM

Peter Bishop said…
Thanks, Sue! I plan on posting the three installments about one a week.
7:31 PM

Peter Bishop said…
Thanks, Sue! I plan on posting the three installments about one a week.
7:31 PM