The Spiritual Journey so far:
Prologue I: Peter In Kenya
Prologue II: A Liberal Christian With Balls
Part I: A Refugee Looks Back
Part II: Leaving Home
Part III: Who Am I?
Part IV: Learning About Race and Gender
Part V: Watching My Students Drown
Part VI: Animal Bones


I left Yale for three reasons:  I seemed to be the only biology major in the entire school who wanted to be a biologist rather than a doctor.  (“Failure” at Yale: not getting into any medical schools.)  The neighborhoods of New Haven surrounding the school really were dangerous to walk through, with several muggings and rapes of students every semester.  But the thing that really drove me away was how the dynamic of rich white Yalies ensconced within Gothic battlements with moats and iron gates amidst a sea of urban blight, violence, and poverty was a recipe for explosive racial tensions, both town/gown and within the student body.  Everyone knew that the problems all came from economic disparity caused by a racist society (which was true) and everyone’s advice to me was the same: Respond to the imminent danger of physical violence not with fear but with political awareness…and in the mean time, keep your head down, don’t wander far from campus, and learn basic street smarts.  Oh, and don’t forget to apply to medical schools.

I just couldn’t do it.

I transferred to Oberlin, where I felt physically safe for the first time in years and where I discovered hippies.  Oberlin was a funny mix of classes—Marxist rich kids desperately trying to emulate the poor were rooming with working class kids who were the first in their family to go to college and who were desperately trying to emulate the rich.  I felt like I was a little of both.  I couldn’t afford to buy all my clothes new at J.C. Penny, but I was way too sheltered to know where to look to find good, funky used clothing.  So I hung out with the hippies, grew shoulder-length hair, and wore ripped jeans with my old polyester shirts.

The nasty shock to my liberal sensibilities at Yale had been around racism.  At Oberlin, it was around sexism.  The wimmin’s community at Oberlin was very strong and very radical.  Phrases like “testosterone poisoning” and “biology is destiny” were part of the culture.  Mary Daly came to speak, and it seemed like every woman I knew felt like her talk (as well as her books) summed up their own personal life experiences.


Blacks at Oberlin kept largely to themselves.  They almost all lived in Afro House.  They had a very distinctive campus culture.  The Black Student Alliance ran its meetings by Robert’s Rules of Order when every other student organization used an informal consensus process.  Black students wore caps and gowns at graduation, when the white kids had refused to ever since the year of the Kent State shootings.  Oberlin felt like a bubble, and it seemed natural that it would form a lot of little bubbles within it as well.  And if that was what the black students needed to do to empower themselves to succeed in a racist world and a racist economy, then…well, OK.  A little sad that everyone’s so insular, but…whatever.

There was a strong separatist sentiment within the wimmin’s community as well.  They didn’t physically remove themselves to an all-wimmin’s dorm, but they had a culture that was almost as distinct and separate as the black student culture was.  The antisexist men’s movement (embodied in the Oberlin Men’s Center) existed almost as a men’s auxiliary.  My men friends and I all read Mary Daly as well, and while we might quibble with one or two of her more absolutist statements, we got the gist of it and for the most part, we agreed.  We strongly supported the goals of the wimmin’s movement, even as their separatism was very painful to me.  The only part of the men’s movement that had any real direction or identity of its own (in those days long before Robert Bly and Iron John) was where it overlapped with the gay community.  Gay men were great to hang out with.  Unlike the steelworker’s kids I’d grown up with, they were sensitive and emotional and passionate about ideas.  But I wasn’t interested in having sex with them, which made me always a bit of an outsider.  I was a very horny heterosexual male virgin, and really strong feminist women were the people I was most interested in sleeping with.  For a while it seemed like all the straight women were half-asleep, lacking political awareness or a spiritual compass, and I fell head over heels in love with one lesbian after another.

At Yale, when I found that the only role available to me in that setting was to be a privileged white kid surrounded by ghettos, my solution was to leave.  At Oberlin, being male had me in a similar box, only I couldn’t leave.  I couldn’t run away from Oberlin, because Oberlin was already the place I’d run to.  The world was finally beginning to make sense to me in ways it never had before.  I joined an organic gardening co-op, and it really seemed like we could save the world by growing vegetables—like all the insular little subcultures, by dropping out of mainstream society, could ultimately bring about its downfall and replace it with something better.

It bugged the heck out of Cat, when we were first married, that I wouldn’t call myself a feminist.  I had long since bought the line that men can’t be feminists because men just can’t understand what it’s like to be a woman.  We were “profeminist,” and it seemed like the only way to own being a feminist would be to use my deep male voice to shout down the objections of the women who said I couldn’t.  Besides, I’d gone without labels of any kind for so long that I didn’t feel a strong need to defend that one. 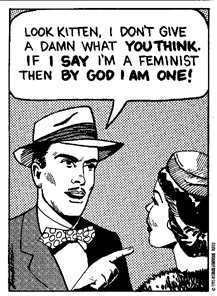 Labels:  English in an Italian neighborhood, but completely American in contrast to my English relatives.  Highly educated professor’s kid in high school, but a hick from Youngstown at Yale.  The token Christian in the Oberlin Farm Co-op, the token hippy in the Oberlin Christian Fellowship.  Privileged white oppressor to the black residents of New Haven, “nigger-lover” to the sons of steelworkers I’d grown up with.

Here’s the deepest irony: my desire to be inclusive and to celebrate diversity…that desire is something that I associate with my privileged white liberal upbringing.  The working class kids I grew up with were racist.  They were the ones who called me faggot.  Yet today, the most vocal advocates of class awareness around me are all queer.  It was at elite schools like Yale and Oberlin where I learned to confront and reject society’s racism, sexism, and homophobia.
Learning about class issues came later, when I went into teaching.
Stay tuned...
Photos:  Oberlin Farm Co-op, summer 1980  (I am front row center)
Cartoon, copyright illegible, taken from The Merely Real